Top 7 Tips For Having One On One Meetings 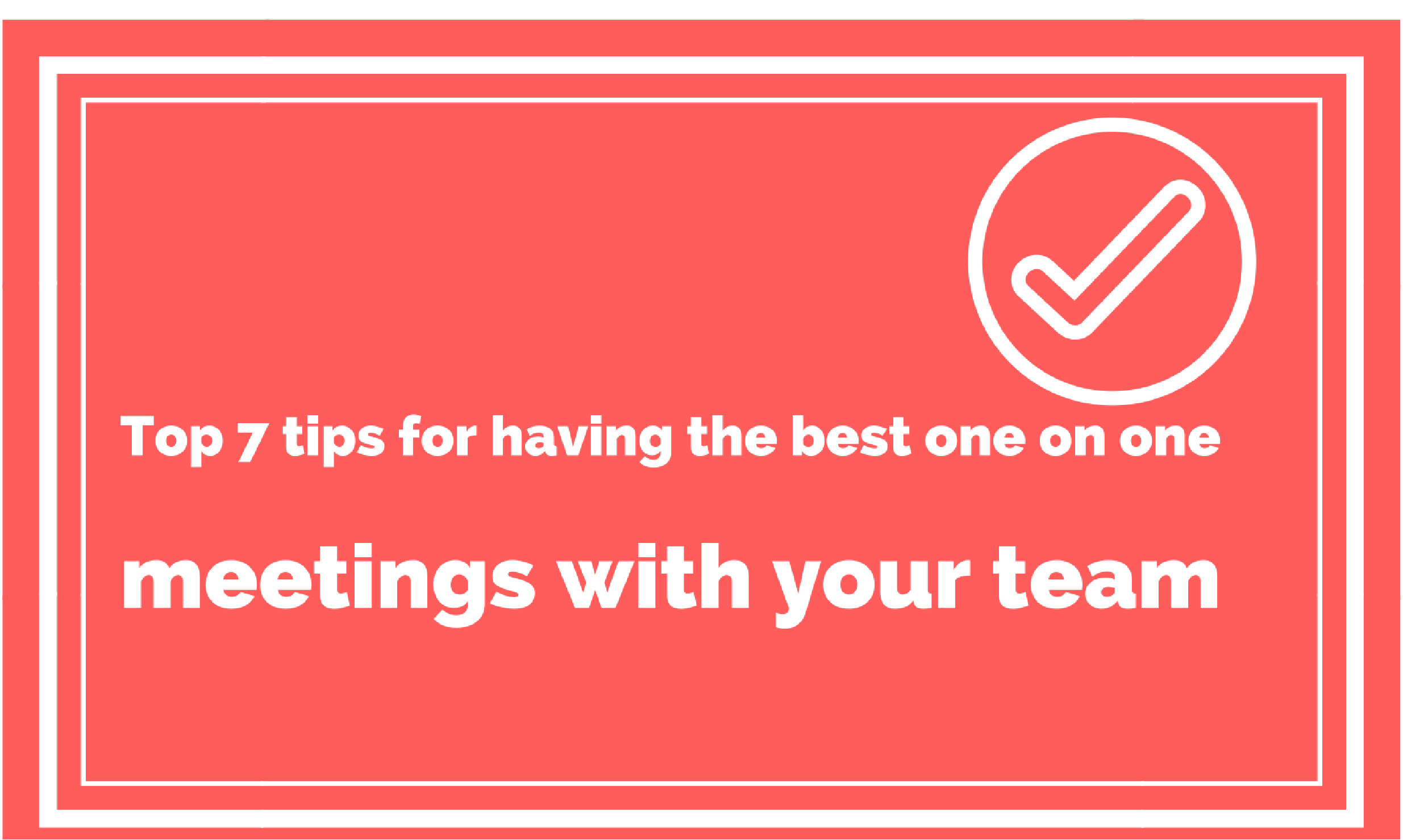 One on One meetings are crucial to the success of your team. It is a time when you get to know the challenges and problems of your employees more closely and offer them needed counseling and motivation. Some companies have strict policies about one on one meetings between managers and their team members; all for good reasons. During the meeting, a manager will be able to understand hidden problems and have a clear understanding of factors affecting the team’s performance as a whole. If you plan on arranging a one on one meeting process with your team members, do make sure you stick to a routine which could be weekly, monthly or quarterly, depending on your goals. Secondly, you have to ensure the meeting isn’t just conversation but one that has certain achievable goals as an outcome. Here are top 7 tips for having the best one on one meetings with your team.

Start with a Written Report

One on ones are usually most effective when you have a written record of your employee’s performance and the pointers you need to talk to them about. The report should ideally be written by your team members on their own performance and achievements, which is usually known as the Win Report followed by your own assessment of the report. Discuss the achievements, challenges, and any other pointers you may have about the report during the meeting. When you have a written document, both you and the team member can have a meaningful conversation that doesn’t digress.

Tackle Pointers One by One

Out of the WIN report, discuss the pointers that you think are most important. List them according to priority level and ensure that your team member understands the importance of the pointers. For example, if you think late arrivals is a factor impacting team values then you could choose to talk about that aspect first within clear intentions. Avoid being sarcastic, threatening or passive aggressive. The one on one is the right time to discuss matters with your employee that you wouldn’t discuss openly in a team meeting.

Start with the Positives

Never. Let’s repeat. Never start a meeting with the negatives. You need to start from the positive and connect each negative with a positive aspect. So, for example, you want to talk to the employee about arriving late to work, don’t start with, “You’re always late. You need to be early or else…” Instead, “I like the fact that you get most of your work done within work hours, but it would be much better if you could come in time so that we can all get kickstarted for the day and be on the same page.” When you start with the positive, the employee feels motivated and is eager to listen to other factors.

Prevent the Employee from Being Confrontational

Sometimes, employees may have their own assumptions of certain situations and are not able to be objective. This may cause them to become confrontational and in some cases extremely negative. If you happen to face such a situation, do not lose your cool and try to direct the conversation towards more meaningful conclusions. If despite your best efforts, the employee is still being aggressive or confrontational, you can choose to end the meeting there and carry it forward some other time. Remember where you can draw the line.

The purpose of this meeting is not just to resolve problems but to discuss career pathways. However, in order to achieve that, you the manager must have a clear understanding of what you want each of your members to achieve. Not only should you motivate them to achieve company goals but also personal goals. Utilize this meeting to give them quarterly personal goals that can be tied to their performance at work. It could be learning a new language, a new skill, a new software or a new program - whatever is needed to get work rolling. This way your team members will not just be achieving company goals but will also enhance their personal career in the right direction. When you assist your team members in being the best versions of themselves, they won’t disappoint you.

Develop the Art of Listening

Managers often make the mistake of using the one on one meeting to dictate their views and opinions instead of actually listening to the candidate. If you use this method, you won’t really be achieving anything positive and would actually override the purpose of a one on one meeting. Develop the art of listening and understand what your team members are going through. Some of them will be blunt and honest and yet some will beat around the bush in the hope that you get the point without them having to be explicit. So during these interviews, not only do you have to develop listening skills, but you may also have to understand personality types and how to handle each of your team members according to their personality.

Build Trust Instead of Distance

It’s important to build trust with your employees and share with them your struggles as a manager too. When you’re transparent, understanding, and willing to develop a certain trust level, you’ll be giving your employees a chance to work with you in collaboration as a unit and as a team. On the other hand, if you are rigid, refuse to trust them, and are constantly using the one on one meeting to pinpoint their flaws or create distance between them, you’re responsible for creating a negative company culture. And when that happens, you will begin to lose out on valuable team members. You definitely don’t want that to happen, which is why the one on one is to be used wisely.

At the end of the day, as a manager, you are responsible for your employee’s growth because it is closely tied to company objectives. As a rule of thumb, never let your managerial ego or your role as, “THE BOSS,” cloud your judgment or your assessment of the matter. During personal discussions, refrain from office politics, demotivating talks or unnecessary arguments. Maintain a professional stance, have a written record of everything and keep a mindset that is aimed at resolving problems. The more you use the one on ones wisely, the eager your team members will be to report to you their achievements. Gradually, you’ll notice that you wouldn’t even need one on ones except probably once or twice a year to discuss overall achievements.